This lovely cat, Jack, has an unusually profound voice! Most of the people who watched this video and heart the cat meowing, said that the sound wasn’t real and that it was made using a computer, but it was real. 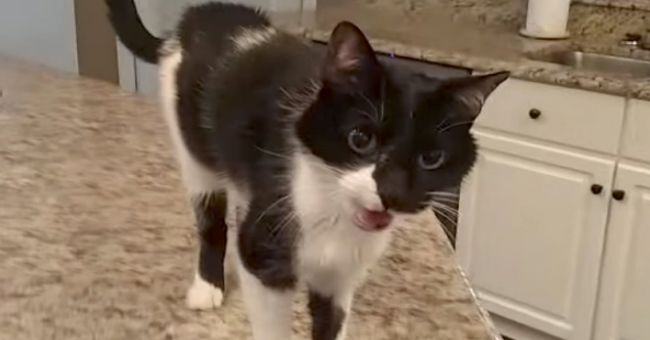 The thing is that Jack has an exceptionally uncommon disease, laryngeal paralysis, and his voice was changed after the numerous surgeries he had to experience. The poor thing is mewing like this after the first surgery.

Thankfully, Jack is fine now, and besides, his bizarre voice made him a popular cat! The footage of his rare voice hit more than 20 millions views on Youtube alone and counting! Watch the funny video, bellow!