In 1819, an Englishman was hunting in Indian wildernesses. He was following a tiger when he saw something that resembled an entrance in a cave. John’s curiosity assumed control, and he quickly forgot of his prey and settled on discoveries!

As he was progressing further in the cave, he spotted carved figures. He didn’t know he was going to make one of the greatest discoveries in the world!

It turned out that that cave wasn’t the only one in the area. In fact there were 29 of them!

It’s a Buddhist complex, and each and every monument is worked in a unique style! 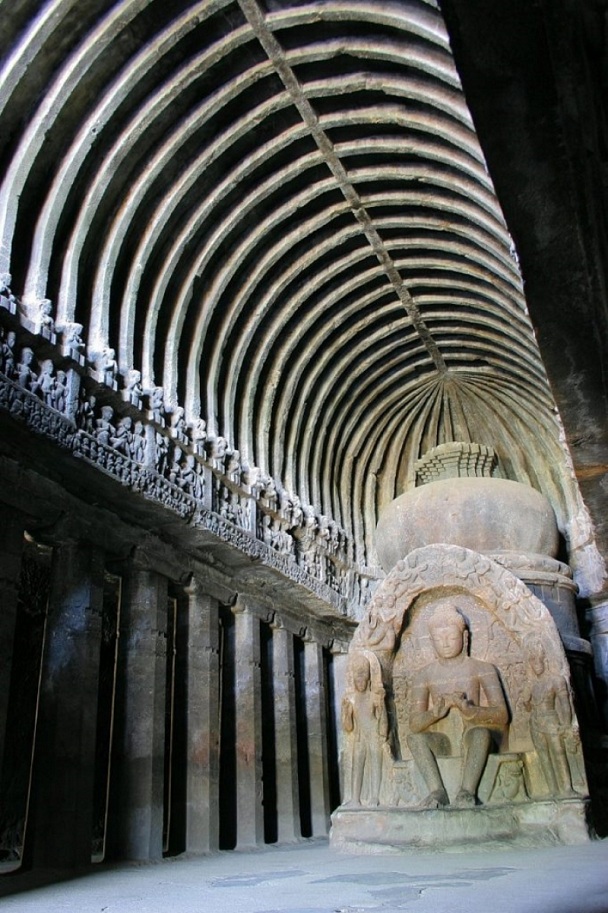 The archaeologists trust they were cut between the 2nd and 9th centuries! The complex was called Ajanta caves.

The reliefs represents the life of Buddha.

There’s a hypothesis that the caves are made by an extraterrestrial entity.

The caves are an UNESCO World Heritage Site. They are amazing!