This week everybody from the internet threw with hard words, blamed or made fun of Mark Zuckerberg as he tries to save Facebook from public scrutiny by the U.S. government.

Facebook’s CEO two-days testify in front of the Congress after the Cambridge Analytica data scandal has made the first page of every news sites and he was watched live by thousand of people. So obviously, there were lots of memes upon this scandal.

While there was already tons of robot Mark Zuckerberb memes on the internet, there was one new brilliant meme that emerged during his testimony and was that he look a lot like Data from Star Trek. Like they were some weird twins. 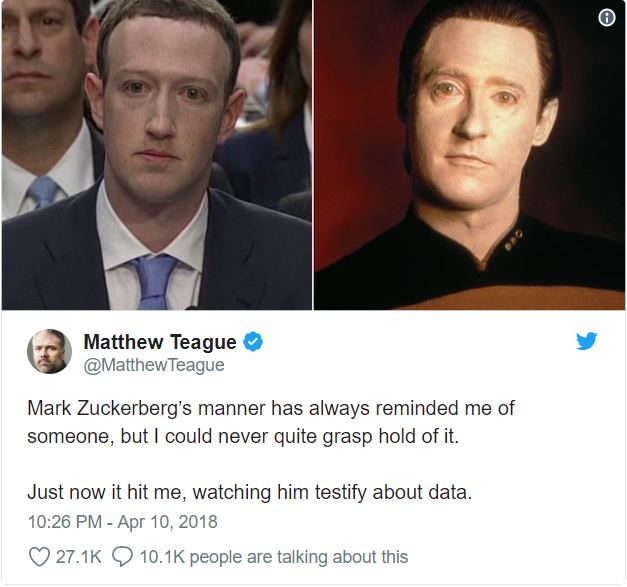 But one Reddit user, EvanOfTheYukon, took things a bit more serious and photoshopped a picture of Zuckerberg as Data and he totally nailed it. Best meme of this year! 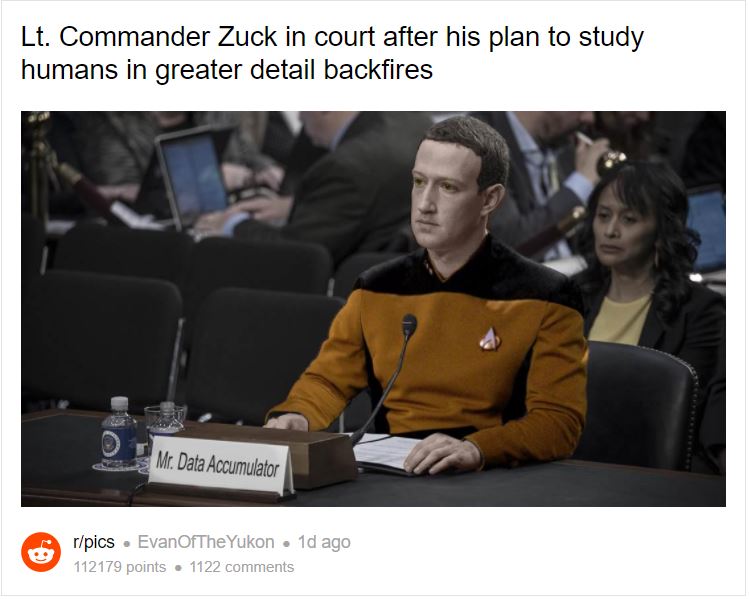