This picture of a baby boy was taken in Kyrgyzstan. He was taking a nap on a cardboard in one of the business markets in the country. Somebody took his photo and posted it on Facebook alongside entirely furious remarks inquiring as to why such a young man needed to help his mom instead of going to kindergarten. These photos raised many verbal confrontations and journalists decided to go and see what was going on in his family, and why the kid was in the road. As they discovered, the kid was 2 years old and lived with his mom and three brothers. Their 35 year-old mother was forced to raise up the children without anyone else’s help. Their dad had gone to live abroad to bring food on the table, however, he had never returned and had abandoned them. Thus, the mother, called Zulfia, needed to look for some kind of employment all alone — she some of the time worked at temp occupations that she could find. The family had no place to live. 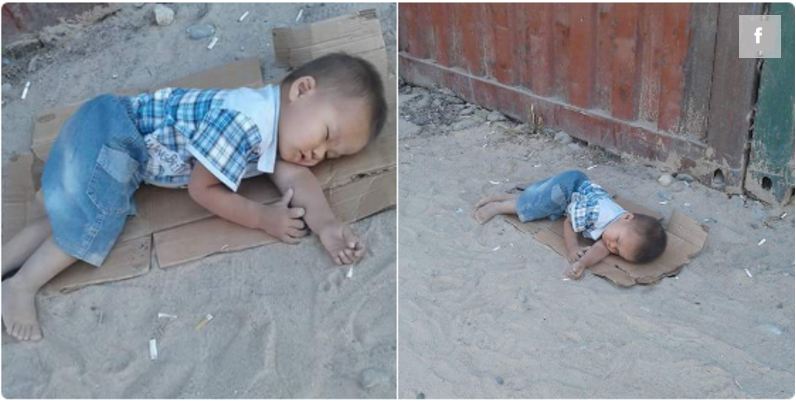 Common people and writers took this story to the nation’s government. The president requested that the family should be taken care of. Not long after that, the family received a three room condo. The cash for this beautiful gift was taken from the president’s personal funds.

Fortunately, this young man’s family got some help. We trust that more individuals, or more, all more politicians will have the capacity to help those in need.