32-year-old Courtney Ann Sanford was driving to work in her red Toyota Corolla when Pharell Williams’ hit song, “Happy” started at the radio. Given her temperament and her affection for the tune, Courtney really wanted to take a “selfie” with her telephone and share the minute on Facebook.

This Facebook moment turned out to be the exact opposite thing that Courtney ever stated, composed, or felt. She didn’t pull over to take the photo and post it; rather, she did it while she was driving. While Courtney was occupied with uploading her post, her Toyota Corolla went over the middle of the road and into opposite way traffic. 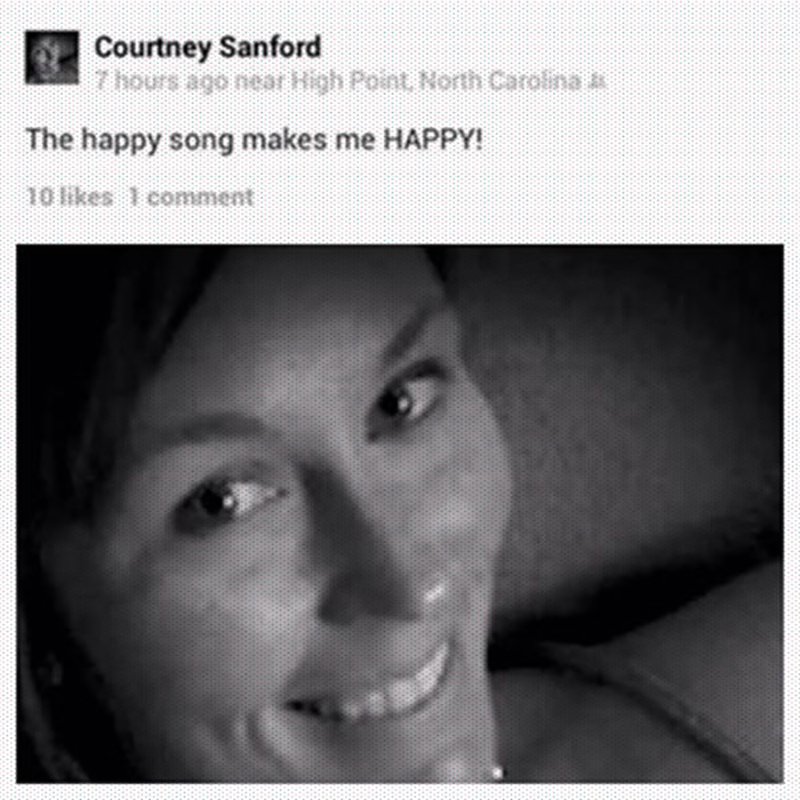 Courtney crashed into a 24,000-pound truck while going at 45 miles/hour. The auto left the street, collided with a tree, and afterward burst on fire.

Courtney died promptly upon crash. Her folks, grandma, and two brothers were in tears when they laid this college alum with two degrees to rest only four days after the fact. She had a promising profession in the healthcare industry, in any case one poor choice changed everything.

Courtney’s post was uploaded on Facebook at 8:33 A.M. Cops and firefighters were called of the crash only one minute later at 8:34 A.M.

Officers could recover Courtney’s telephone at the scene of the crash. Her Facebook post was still on the screen. It read, “The happy song makes me HAPPY.”

While examining the tragic mishap with different media outlets, Police Lieutenant Chris Weisner contrasted Courtney’s mischance and various public service announcements airing on the Internet, TV, and even radio that caution against messaging and driving.

Weisner expressed, “We’ve all observe these advertisements on TV, this was real life.”

Courtney’s accident has gotten across the board media attention. It’s a story that we as a whole think “will never happen to us”, however truly, anybody of us could have been in Courtney’s position that day. This kind of story happens too often to disregard.

Courtney was only 32 years old and in the prime of her life. Her demise was easily preventable. While driving, the key thing to remember is “it can wait.”

A video of Weisner’s interview from one of these PSA’s is given in the video underneath: