Four bakers who wound up caught in their bakery for two days in the wake of Hurricane Harvey made several pieces of bread to give to flood casualties.

The bakers from the El Bolillo Bakery in Houston, Texas, used about 2,000 kg of flour to make the bread and pan dulce, Mexican sweet bread, over the night and day after they were left stranded by the heavy rain throughout the end of the week.

The four workers had been working at a late shift when they understood they couldn’t leave the shop due to the level of water in the city. 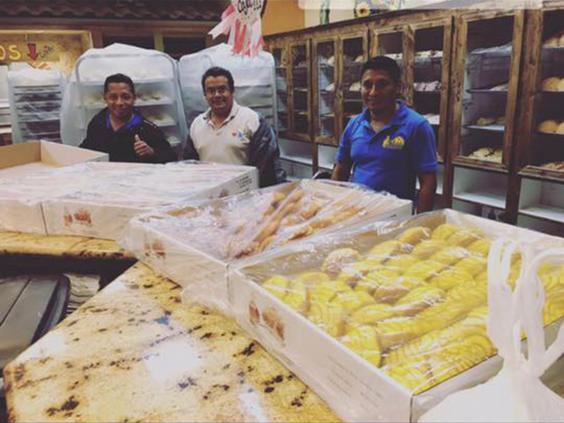 To forget the stressing over their family and friends, they chose to keep on baking for those affected by this devastating hurricane.

The Mexican bakery, which is specialized in Mexican cakes and patisseries, had stayed dry and had not been cut off from power so the workers could work all night long and the next day.

Brian Alvarado, the chief of the shop on South Wayside Drive, said to The Independent: “When they understood they were trapped, they chose to keep themselves occupied and help the community and made the greatest number of chunks of bread as they could. 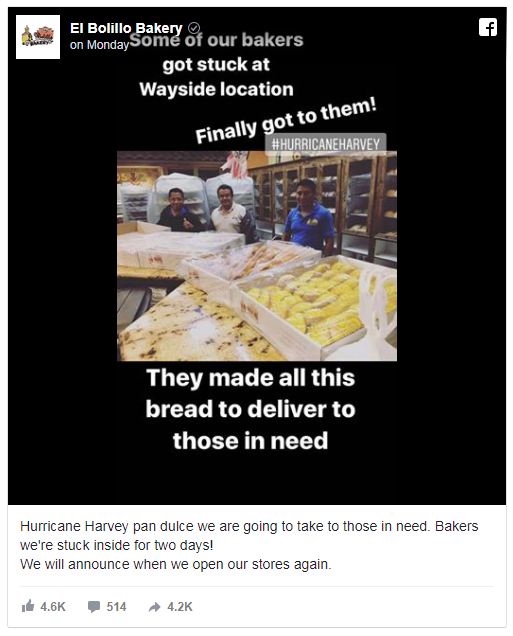 “When the manager figured out how to get to them, they had made so much bread that we took the bread to the emergency centers over the city for those affected by the floods.

Even though one of the pastry specialists suffered some damage to his home because of the heavy rain, the others went to dry properties, Mr Alvarado said.

A large number of people responded to the baker’s “inspiring” act on social media, hailing the bakers as “legends” and praising their “big hearts” and “awesome community service”.

One of Facebook users, Debby Goforth stated: “Hats off to you. What an inspiration you people are!”

Eddie Gurbisz said: “Awesome job! Can’t say enough good things about how much you’ve improved the situation for those affected by the floods! Much love and respect.”