It’s safe to say not all wild animals appreciate seeing humans in their natural environment. In fact, some of them are known to have become extremely violent, especially in cases when humans were trespassing their territory.
But one of the best aspects of the animal world is its incredible diversity. In other words, not all wild animals are the same. Some are more curios and social than other and enjoy interacting with humans. The elk in the images below is definitely one of them.
The friendly elk has become somewhat of a celebrity online after several pictures that show him snuggling up to humans have surfaced the internet.
The elk got lost from her family and has become a common sight in Kittitas County, Washington. There, she hangs out with cows and goat, but people in the community have started to fear and alerted the authorities. After all, abandonment solidarity is known to make animals more aggressive, especially when it comes to being in situation where they feel threatened.
However, the elk proved to people that they have nothing to worry about when a group of firefighters got the chance to see her up close and interact with her. The firefighters were there fighting a fire that had ignited in the woods when the curious elk approached them. The elk seemed pretty excited to make new friends and interact with someone else rather than cows and goats.
She even gave the firefighters friendly nuzzles with her nose as they snapped photos of her. Here are some of those pictures. 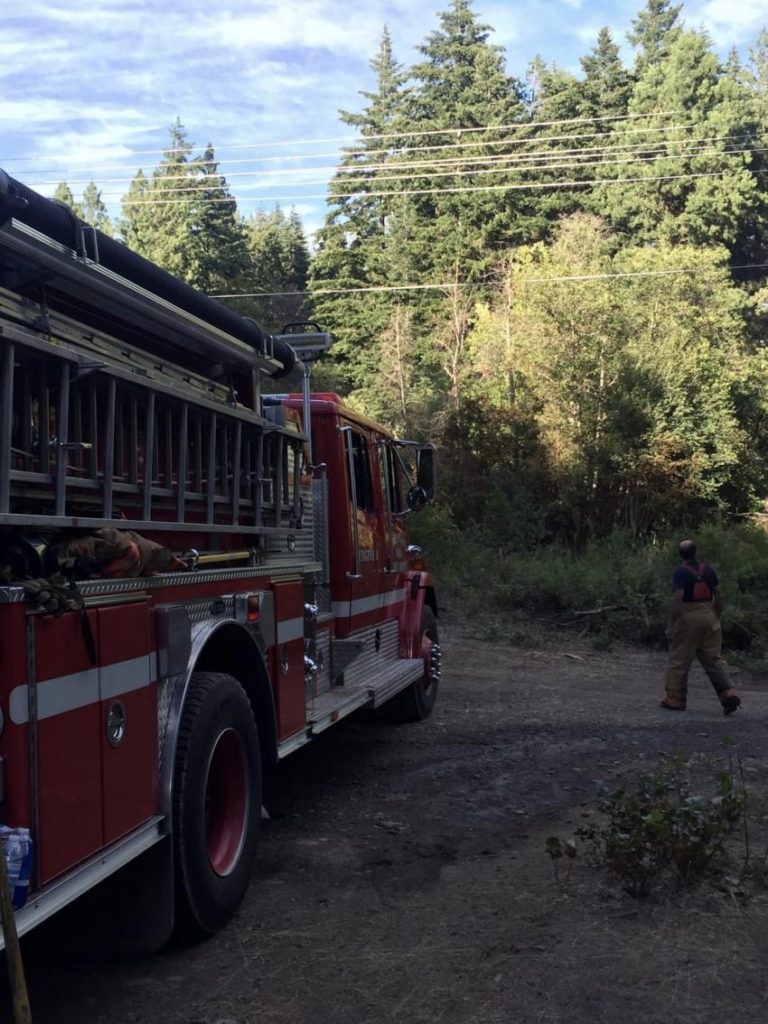 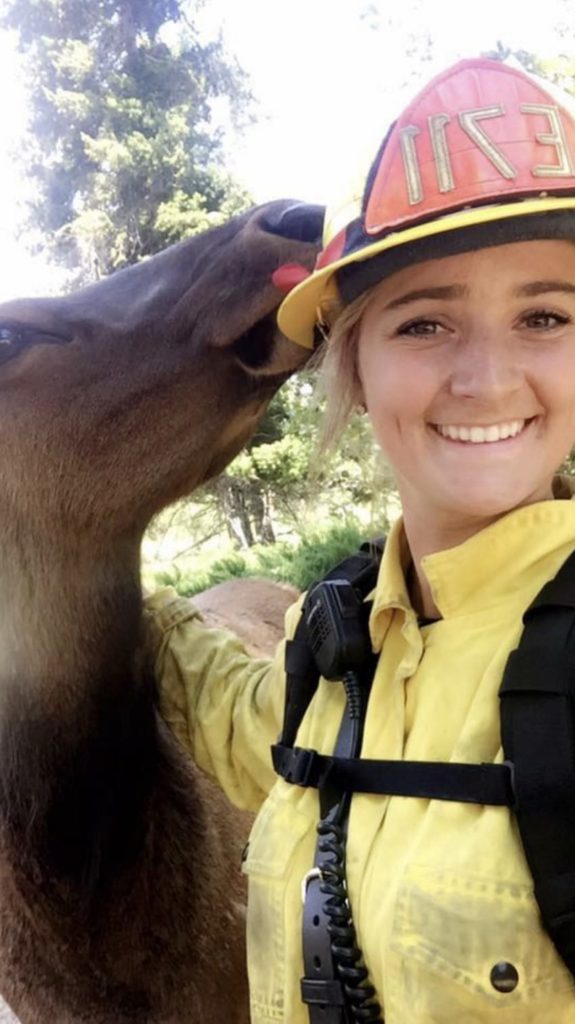 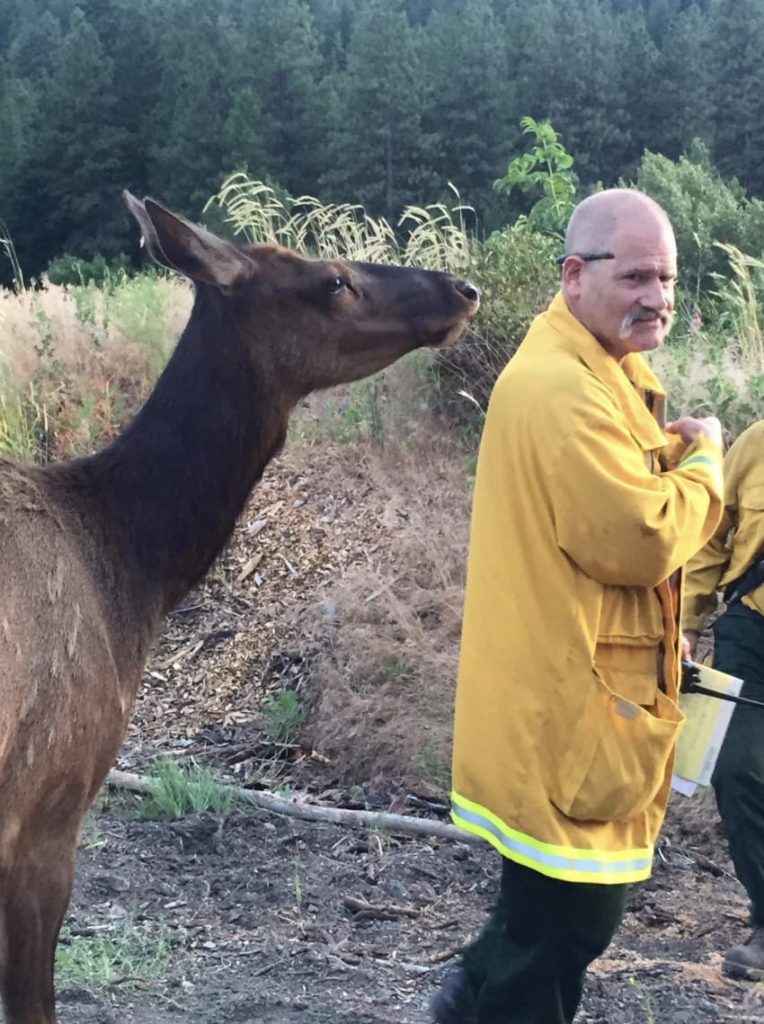 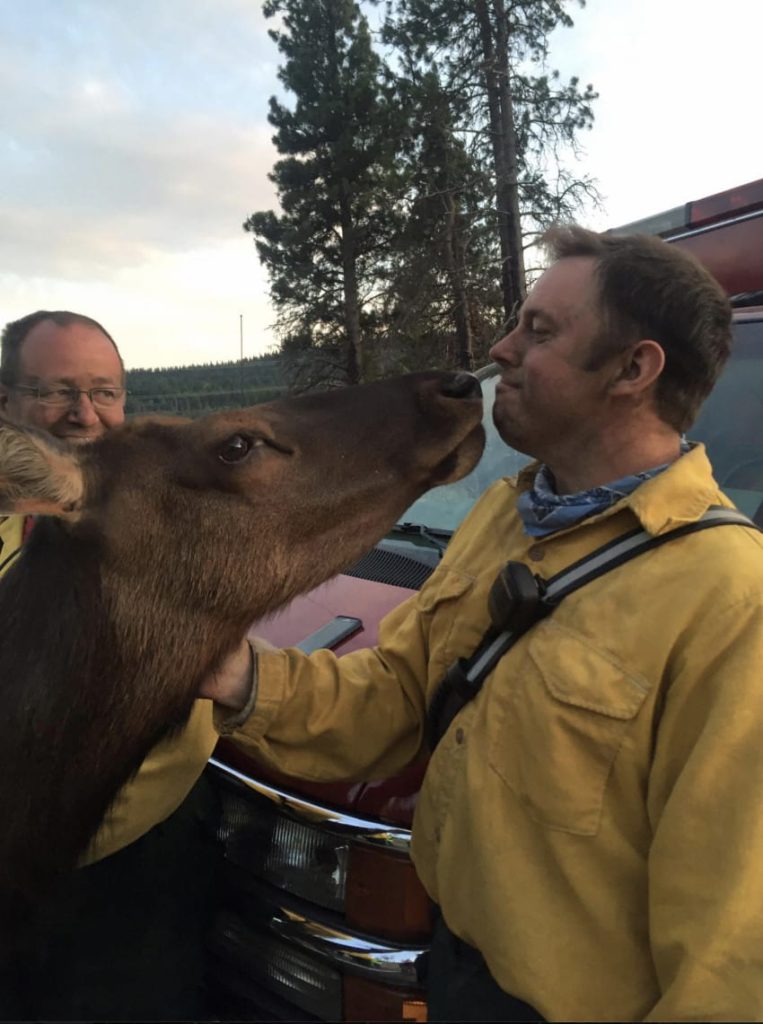 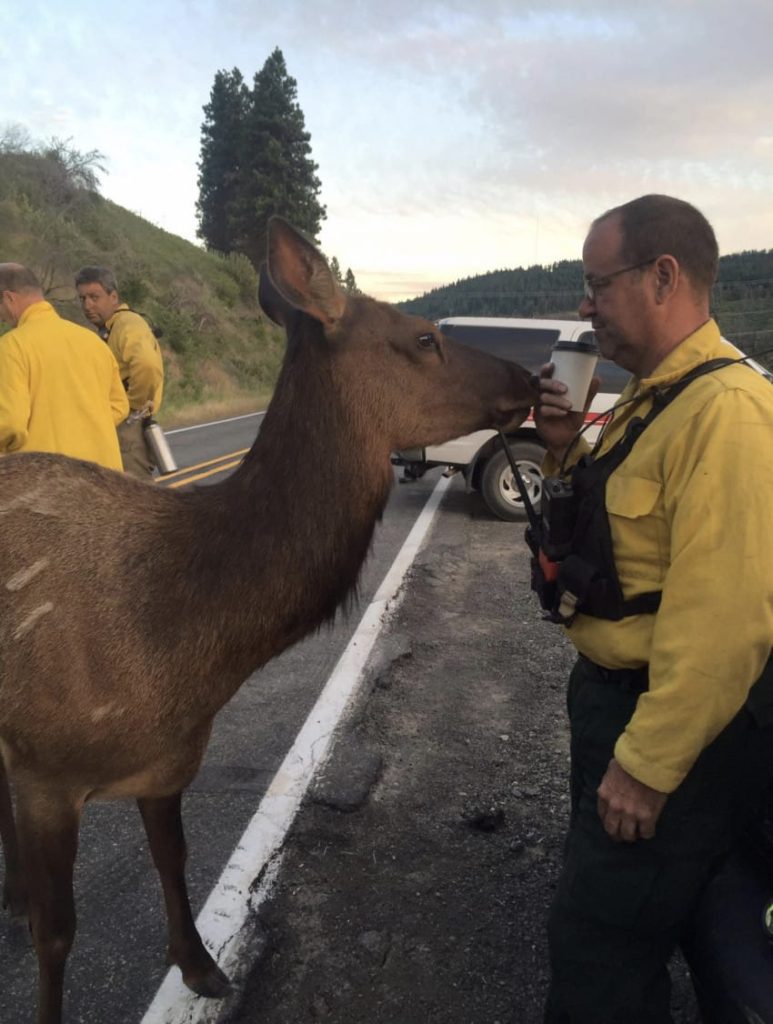 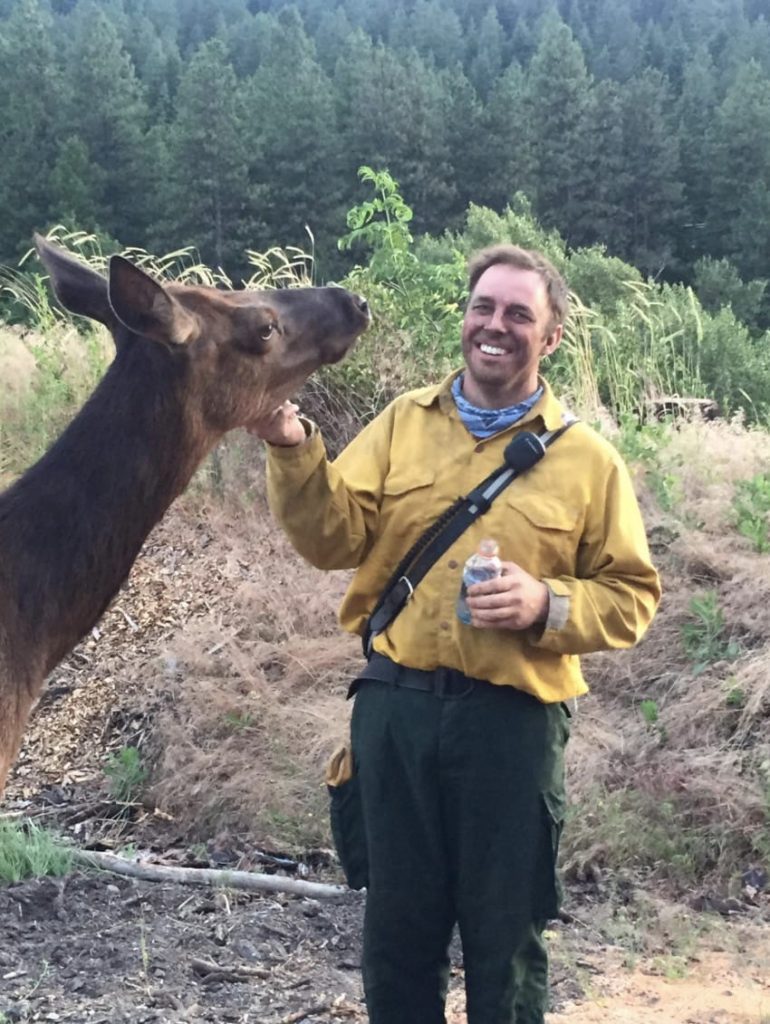 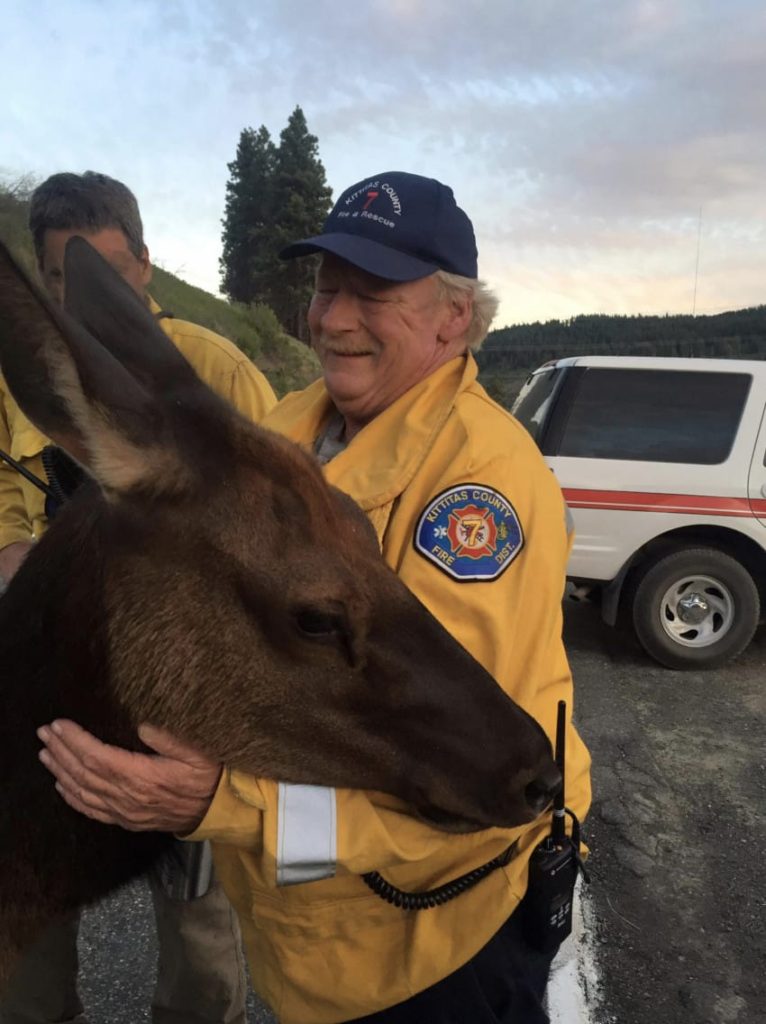