Winter can be deadly cold and in Istanbul, Turkey, temperatures can draw near to freezing. To be homeless amid this season is very hard as people need to adapt to the icy temperatures. In any case, it’s not just homeless people who battle; homeless creatures are powerless as well

January of 2017 was a particularly cool month in Istanbul; it was one of the coldest in Europe. This resulted in stray cats and dogs everywhere throughout the city looking for shelter wherever possible.

A few creatures were sufficiently fortunate to be taken in by great samaritans, however others needed to find their own particular asylum. Which just so happened, for some animals, to be the nearby shopping center. 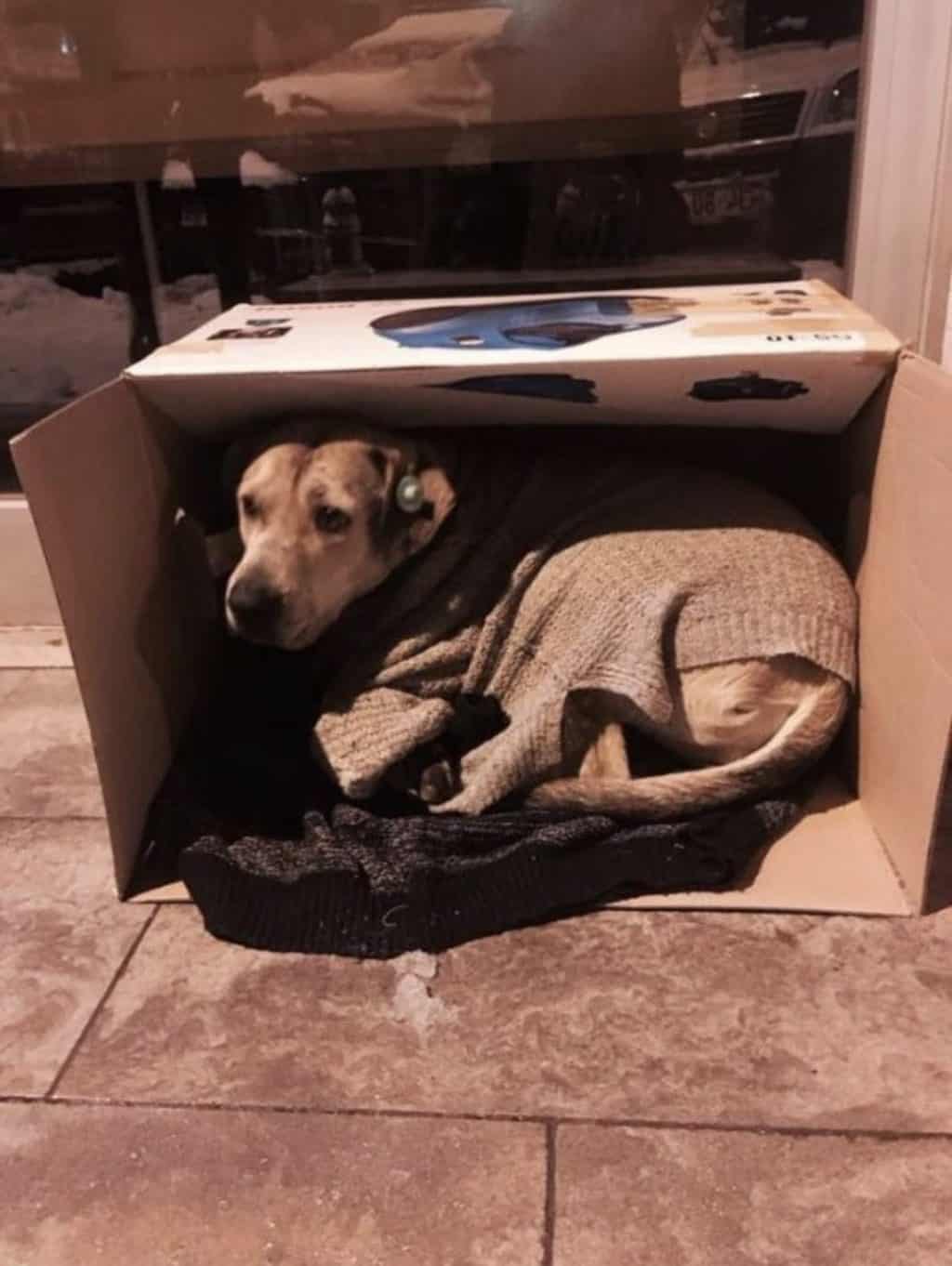 Rather than throwing the freezing puppies out onto the road, shop proprietors generously let them stay and let them make themselves at home.

Three generous strangers gave cardboard mats to the canines to mull over and covered them with shawls to keep them warm. 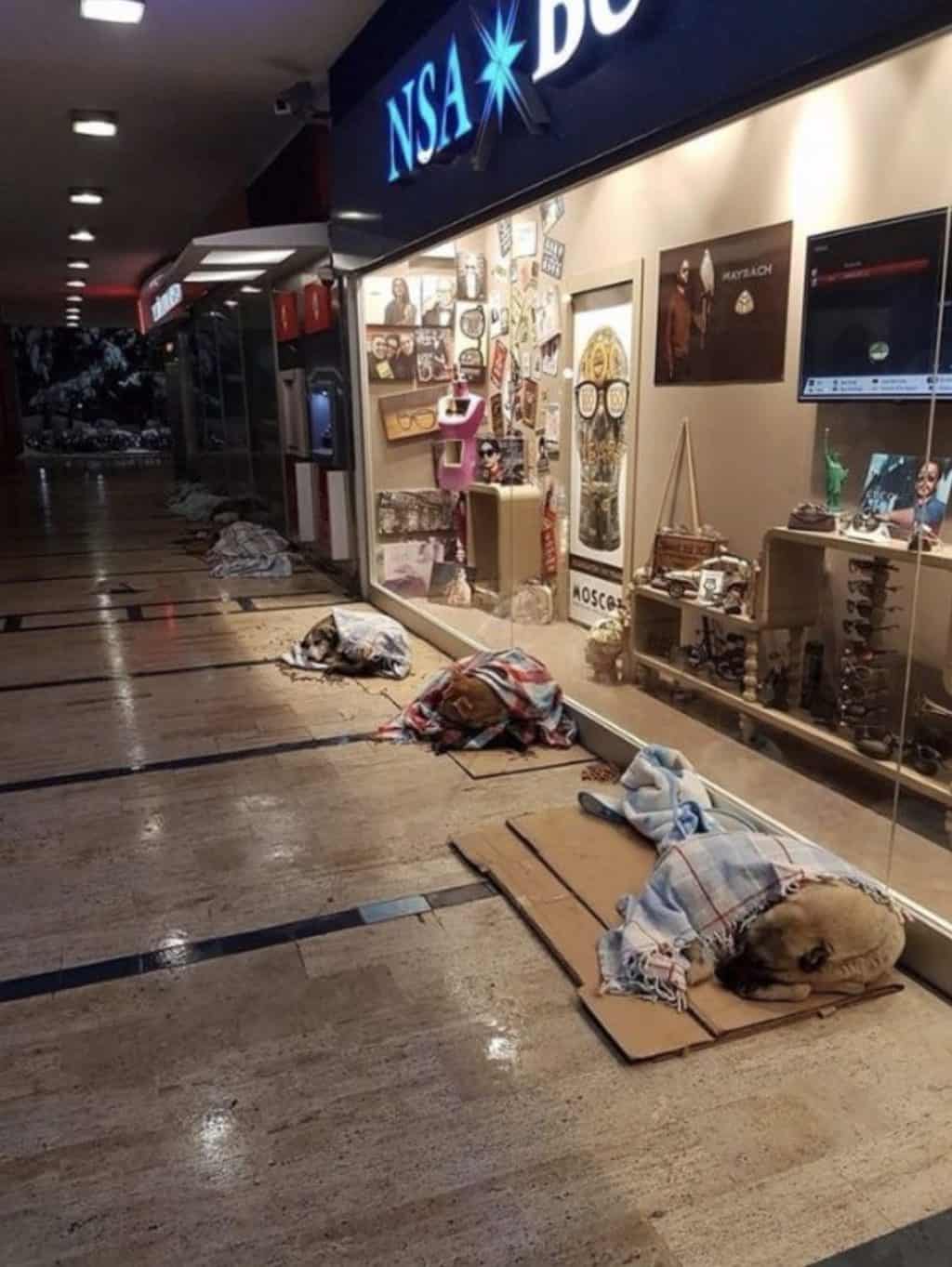 Also, a ladies’ clothing store, called Penti, even let a few dogs to rest inside the store. It can be seen in the photo that while the dogs rest in the glow of the shop, a client kept on searching for garments. Beautiful! 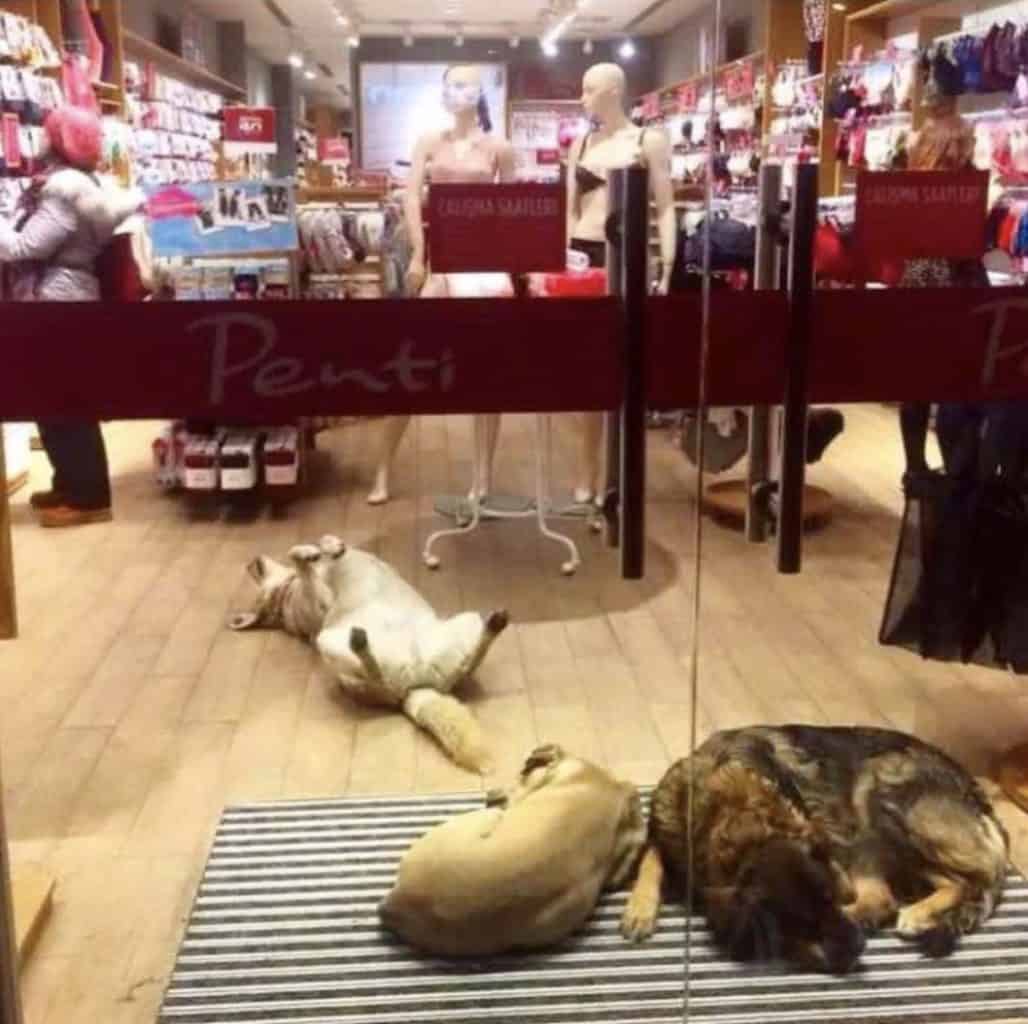 And dogs weren’t the only creatures in search for a shelter. Selçuk Bayal, the proprietor of a bistro and stationary store, let 12 cats to take shelter in his store. Regardless of the potential risks of driven the clients out of his shop, the kind owner put the needs of the creatures first and let them remain until the point that they were safe to return outside.

The stray cats of Istanbul are known everywhere throughout the world, being in hundreds of thousands out on the streets. Be that as it may, fortunately for cats they are hallowed in Turkey because of an old story of the prophet Muhammed and his most loved pet cat, so that’s why they are treated kindly. 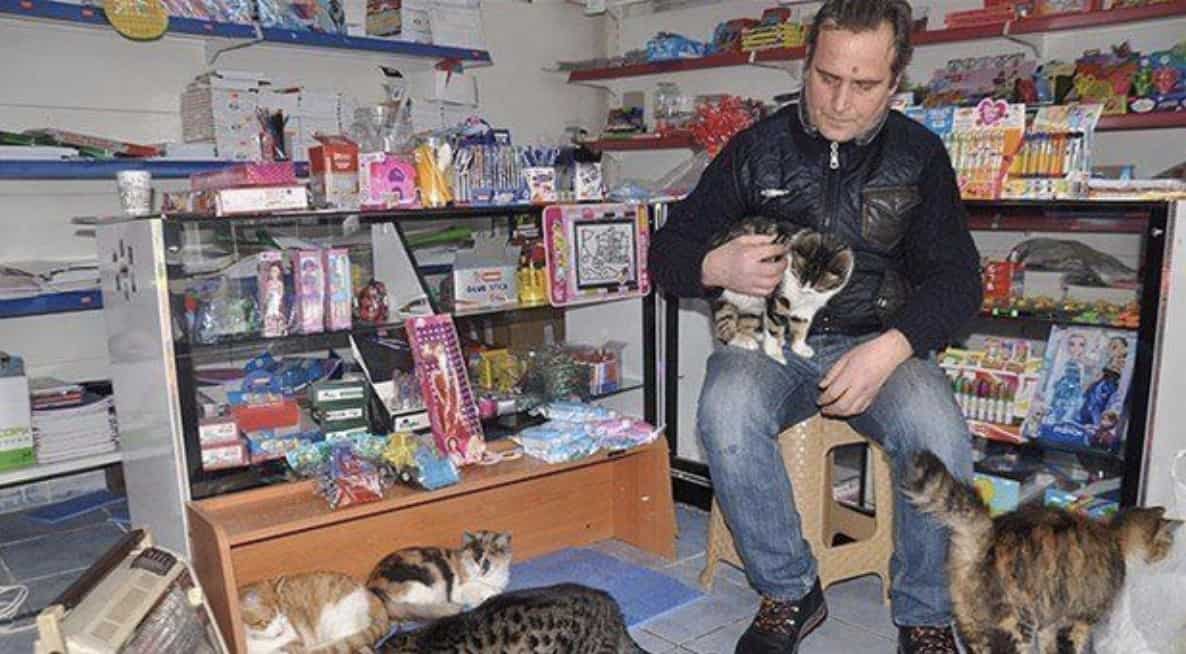 Istanbul’s treatment of their stray creatures in their critical moment is amazing to see. Let’s hope that everyone will learn from these kind people and provide shelter to freezing animals in the cold winters.