When Jessica Pittman was driving through the place where she grew up, Gulfport, Mississippi, a year ago, she saw an elderly man staying beside his stopped car by the side of the street.

Curious, she pulled up near to the man, who appeared to selling something.

The man presented himself as Kenneth Smith, and he was there with his wife, Helen.

Together, they were selling wood to pay for Helen’s hospital bills.

A couple of years back, Helen was determined to have lung cancer. The couple couldn’t bear to pay for every last bit of her costly medicines and doctor visits, so Kenneth began cutting up a rotten tree, putting the wood in packs, and offering it as fuel.

Quick forward a year and Jessica saw Kenneth staying on the same corner selling his wood once more. Be that as it may, this time he was alone.

His dearest spouse, Helen, had passed away.

Crushed and in debts, Kenneth was selling wood by the side of the street once more, in order to pay his spouse’s remaining hospital bills.

Kenneth had no real option except to remain there and wave to drivers with the expectation that they’d purchase wood from him.

Moved to tears, Jessica concluded that she needed to do something. So she went on Facebook to see if she could help Kenneth.

In any case, neither Kenneth nor Jessica were set up for what might occur throughout the following couple of days… 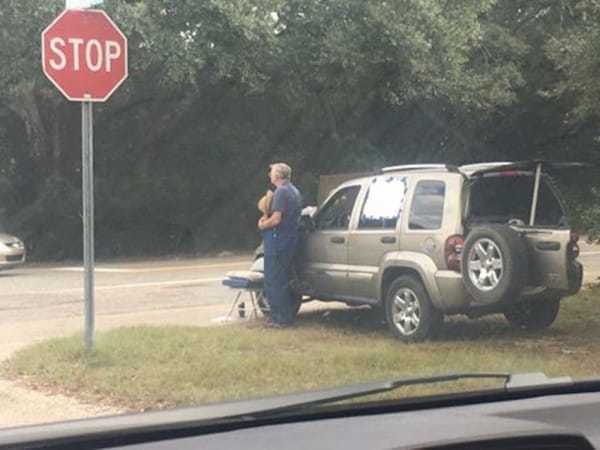 “In case y’all need any fuel wood, please come buy from this adorable 80-year-old elderly man. His name is Kenneth. He stops at the intersection of Carl leggett and west Taylor Rd. In Gulfport Right near bayou bluff. He is there consistently for hours. Selling for $5 a bag.

His story: Last year he was there selling too, however he had his sweet spouse, Helen, with him. He was selling to help pay for his better half’s doctor visits and bills.

This year he is alone.” 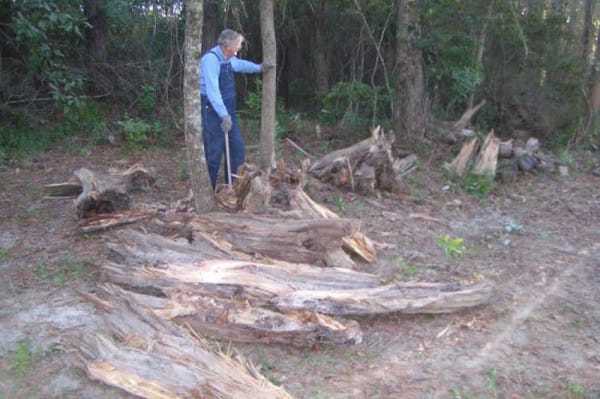 “He said his wife, Helen, lost her fight to malignancy fourteen days prior and he is as yet selling to cover pay for her doctor bills.

My heart breaks each time I pass him. He waves at each and every vehicle that passes.

Friday I was at the stop sign as a funeral procession was cruising by. This man was standing caution with his straw cap over his heart. Precious man. 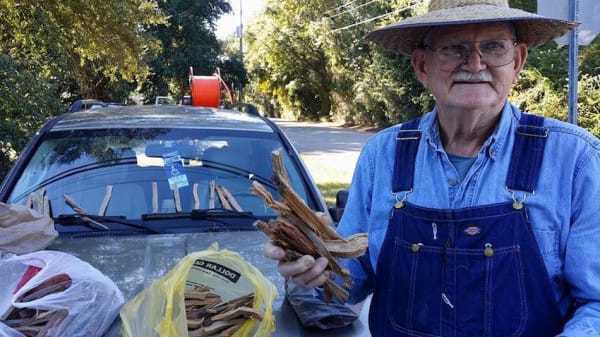 I don’t have the foggiest idea about the degree of his bills, however have been informed that he and his wife spent the majority of their life reserve funds to cover hospital and doctor charges in the course of the most recent couple of years of her treatment and he is experiencing serious difficulties bringing food on the table,” said Jessica.

Also, her message moved individuals all around the nation. Before long, outsiders rushed to Gulfport to purchase wood from Kenneth.

So far his GoFundMe has brought an unbelievable $100,000 up in about seven days! Isn’t it beautiful what people can do when we cooperate?

Despite the fact that I believe there’s some kind of problem with the US healthcare system that cancer medications leave people in financial ruin, I underline the positive in this story.

We people can move mountains when we help each other. If it’s not too much trouble share Kenneth’s story with your friends on Facebook.