Envision going down to your cellar and making an astounding find. Now envision that what you just found, to be a whole city! Such was the situation in Turkey as in 1963 in Derinkuyu in the Nevşehir area, otherwise called Cappadocia, a man had found a city and hadn’t ever acknowledged it was there. The house was being redesigned and workers needed to tear out a wall in the cellar. That prompted a room that the property holder never knew he had. The workers took a look, and afterward acknowledged they were inside a room, which was part of an entire underground city. 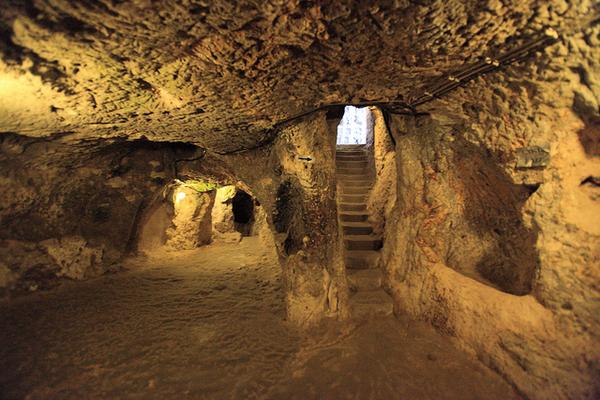 Derinkuyu was the underground city and this was the first occasion when it was found. Presently there have been 8 levels uncovered of the whole city. Turns out the upper levels are fundamentally the living territories, while different regions incorporate a wine press, a cloister, and a sanctuary! 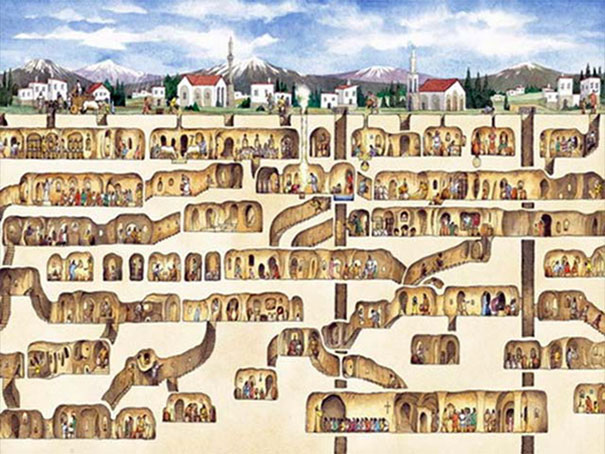 There was a smart ventilation framework developed so both human and creature could survive and have oxygen.
They evaluate that there could have been up to 20,000 individuals living here! Archeologists trust that just a fourth of the city has been found. 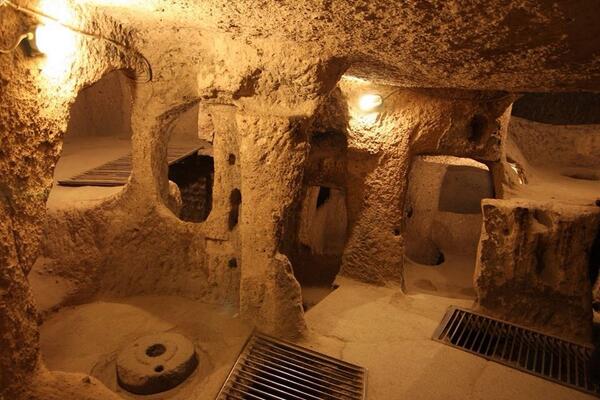 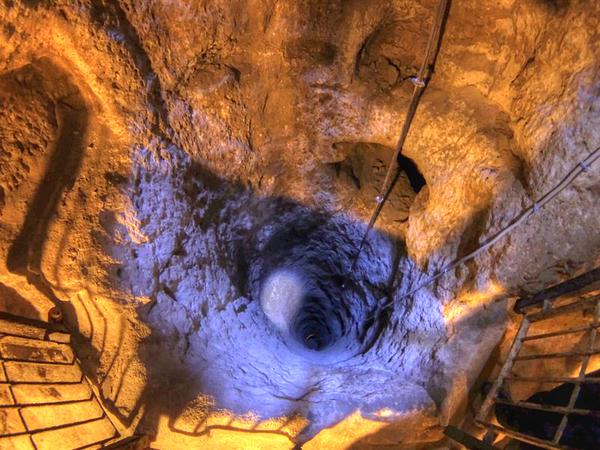 They now trust that there must be more than 50 such urban communities existing in Cappadocia. Derinkuyu is by all accounts connected with one of them while neighboring Kaymakli is an underground city connected by a long passage which is 5 miles in length.
Clearly they trust one plausibility for the city’s presence is that it could have served as an asylum amid the oppression of Christians under the Ottomans. This is by all accounts affirmed by the overwhelming stone entryways that can be moved down the highways.

Presently Derinkuyu is really an extremely well known vacation destination, and you can see why! 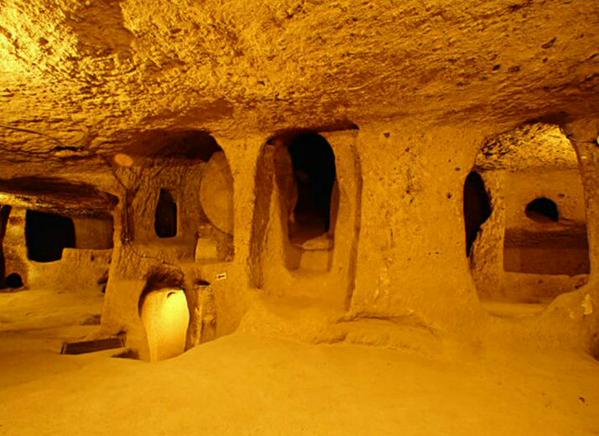 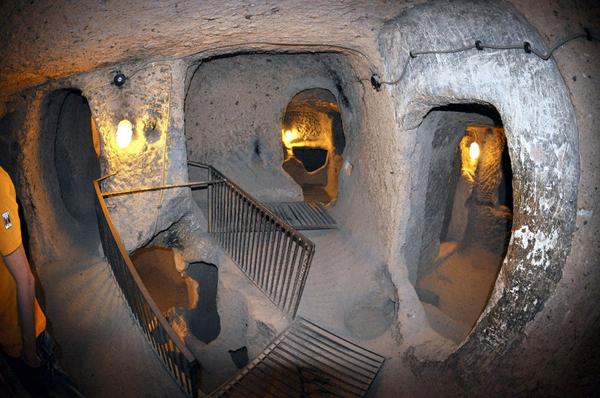 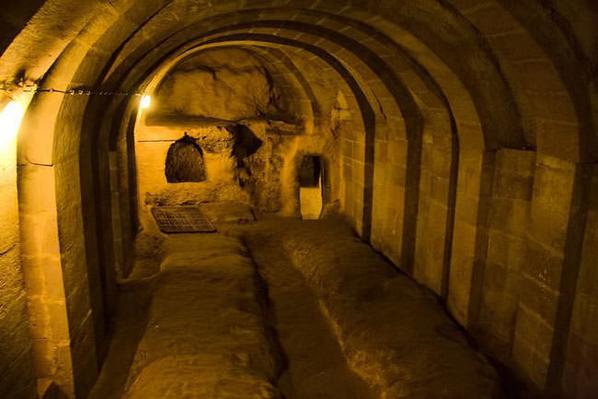 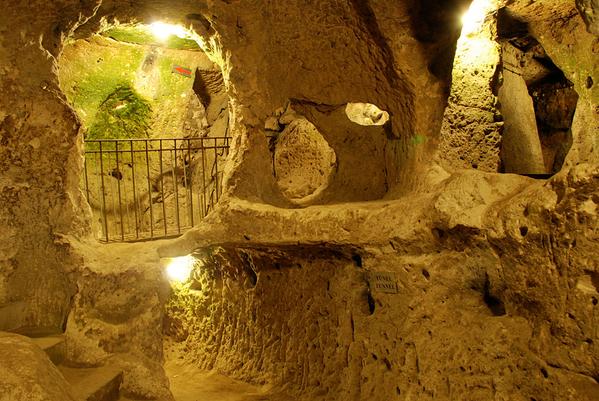