When working with children and animals, anything can, and will, happen!

At a Christmas pageant nativity scene in White Pine, Tennessee, a delightful baby fight started when one little girl wanted to dance with the baby Jesus doll right in that moment. The girl playing Mary, in any case, oppose this idea!

Tana Benson was going to the pageant at the First Baptist Church of White Pine, where her girl, two year-old Teegan, was playing the part of a sheep in the nativity scene. The choir was singing “Away In A Manger” and the crowd was pretty calm, yet not for long!

All of a sudden Teegan stood up and took out the Jesus doll from the manger and started to dance with the baby doll to the music in front of the audience. 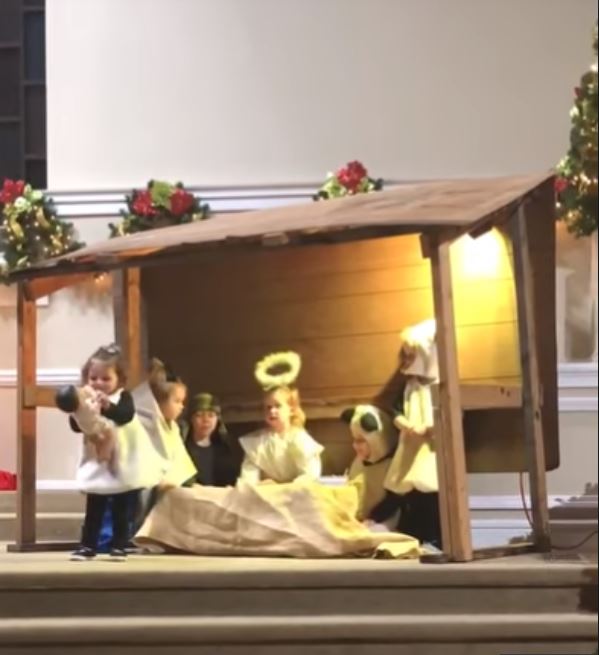 The crowd laughed as Teegan stole the show, however one child from the baby nativity was not happy at all. The three year-old who was playing Mary raised to her feet and tried to snatch the doll from Teegan. As Joseph looks on worriedly, a sweet battle followed, and the audience couldn’t stop laughing.

When Mary tried to tackle Teegan to the ground, one adult from the crowd intervened and stopped them!

See below the “one of the best pageant scenes ever”! Hilarious!