A cat in Malaysia suddenly entered a classroom in International Islamic University. Students were stunned when they saw the feline focusing on the lecture. The feline may have endeavored to gain some new useful knowledge from the people by showing interest to the lecture, or he simply would not like to annoy the teacher. Elynna Hashri, a student tweeted a photo with the feline and later it went viral all over the world. 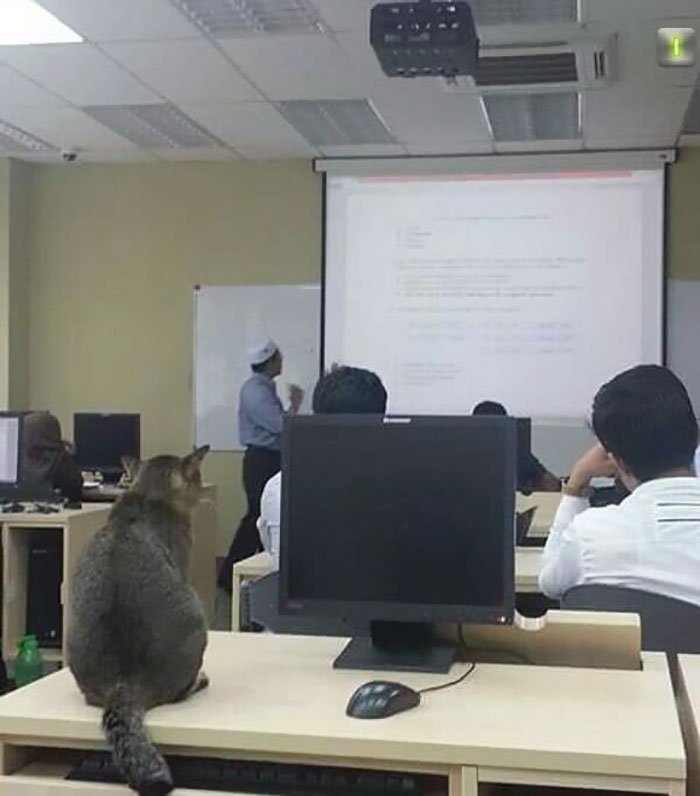 Another snap of that chubby cat became a web sensation in which it was sleeping on the table. He couldn’t take over 30 minutes of the course and took a nap. Twitter users used that photo as an image to express the exhausting college classes and lectures. The fortunate thing about this episode was that none of the students disturbed the feline and let it rest while the lecture was an ideal lullaby to keep the feline in it’s dream world. 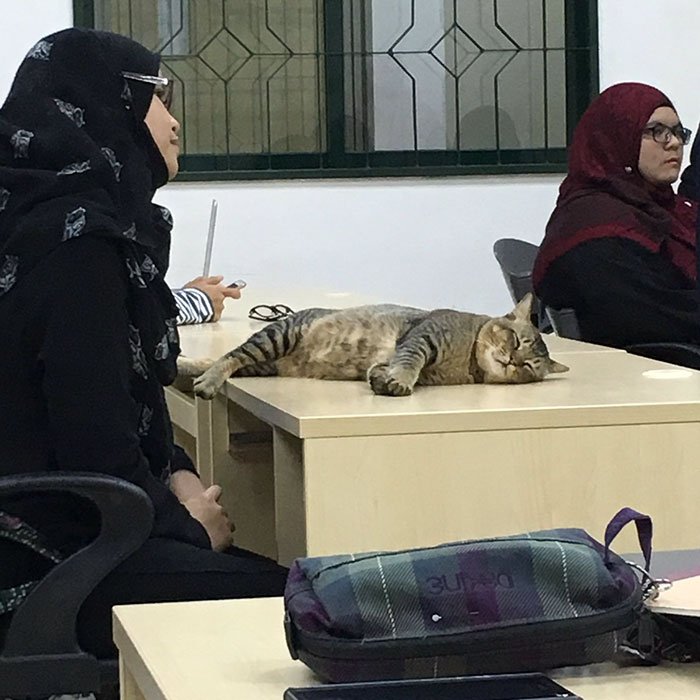 Scroll down to see some of the funniest tweets of the hilarious episode! 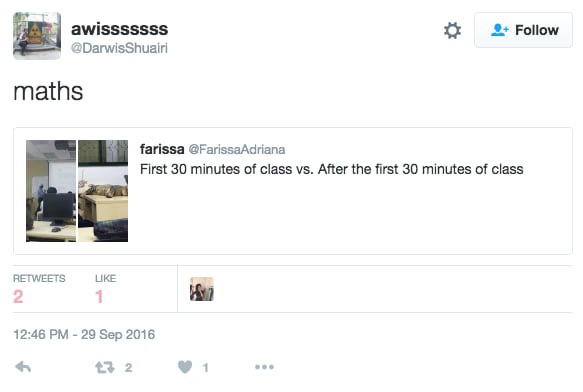 Oh dear cat, we can’t blame you… We know how boring some lectures get. 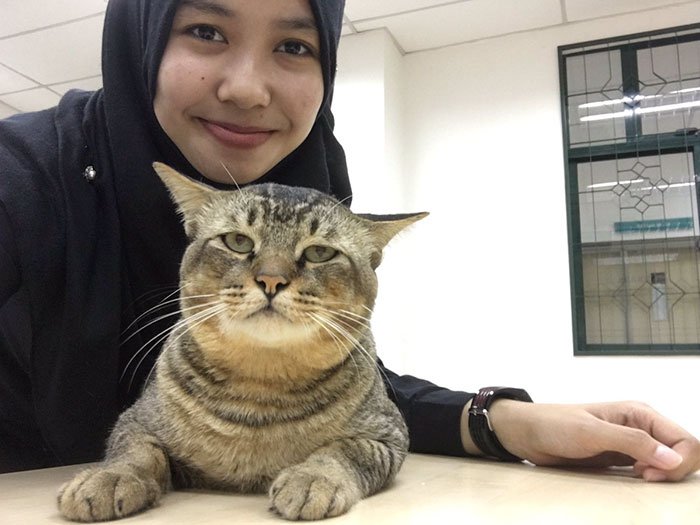