People who were on the Bondi beach in Sydney have been witnessing an apocalyptic event. Suddenly a cloud of impressive dimensions appeared on the sky and people mistook it, initially, with a giant wave.

In Sydney, Australia, a huge thunderstorm was preceded by an unusual phenomenon, named: “tsunami of clouds”. Meteorologists say that the clouds were formed, by the mix of the moist and warm air, with very cold wind.

People started panicking and running, thinking that the cloud is actually a huge wave of dimensions as they have never seen. “It was a beautiful morning and suddenly Ocean gained a clear blue color, which contrasted sharply with the sky, which was starting to become black”, reports a witness. 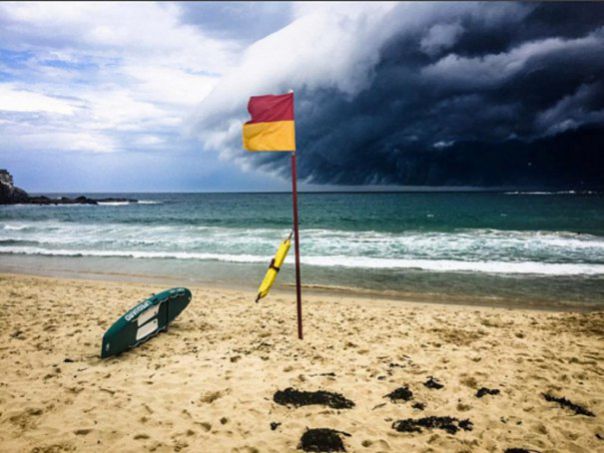 Immediately, the wind blowing on the beach began to be warm, and people fled to their homes.

A few hours later, the Bureau of Meteorology from Australia has issued a storm alert and urged residents of Sydney to remain in closed premises, as far away from the windows.

Immediately, on social networks appeared pictures that have become viral worldwide. Fortunately, the cloud quickly turned into a rain, but there were no casualties.